Conversations That Changed My Life – Lunch With the President

Conversations that Changed My Life – “Have Lunch With The President”

One of my best friends is a rock star. No, really. Like a scrillion CDs and grammy nominations and Dove awards for his music — Really. He is. His name is Ken Tamplin and we met in the best way that you can read about in my book: An Unconventional Life: Where Messes and Magic Collide, but here’s the thing: My hard-rocker, faith-filled, long-haired dude of a friend is jam-packed with wisdom.

I could actually write this entire post on the wisdoms he’s poured into me while he filled my glass with wine or a green smoothie with garlic (I’ll tell you later) but I’ll share this one today and leaving you wanting for more.

It was the conversation du jour with Ken. We could talk about anything: spirituality, movies, marriage, parenting, health remedies, and how thick the plume of pot smoke was from the neighbor on the other side of his place.

Yeah. Pretty much: Everything.

So, on this particular day I was sharing with him about this friend I was obsessing about. You know, that friend you admire for all of her greatness but she shames you like a puppy who wet the floor. She has a gift for making you feel small and I had an issue with letting someone do that to me.

Ergo, my conversation with Ken. 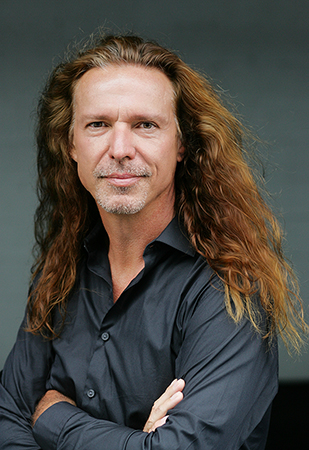 I was regaling him with yet another story of how she was playing the part of Cruella deVille and I could feel him rolling his eyes over the phone. He softened his voice so I could hear his love over the bitchy voices in my head, “Sweetheart…Stacey…” he sighed and I could hear his gears turning as he shifted tacks, “…tell me: what would you do if the president called you and asked you to lunch?”

I closed my eyes and shook my head like a confused cartoon character, “Huh?”

Ken doesn’t suffer fools, “What would you do if the president called and asked you to lunch. What would you be focused on right now?”

“Well…” I thought, “I’d probably be on the phone telling my husband and my friends and I’d be trying to figure out what to wear, what the table manners are at the White House and, how I could lose 20 pounds over night!”

“Exactly!” He said, “Stacey. Honey. How important would this girl and her thoughts about you be if you got that invitation to lunch?”

“Nothing.” I answered, “I didn’t even think about her in the last 12 seconds.”

“Right.” Ken said, “That’s all you need, Stace…you just need to have something bigger and better to focus on than this chick who’s dragging you down.”

So, I did: I got involved with an organization from England that made a difference all over the world. And I got invited to do another CD project with Ken — who incidentally, a few years later got asked to have lunch with the president (not kidding) AND be present for the signing of a Peace Act, because of the global impact of that music project Ken spear-headed.

Whenever I get focused on something small that’s eating me up, I ask myself, “What’s a bigger, better thing I could pursue in my life?” as I think of Ken, the president, and me,