A Good Problem to Have 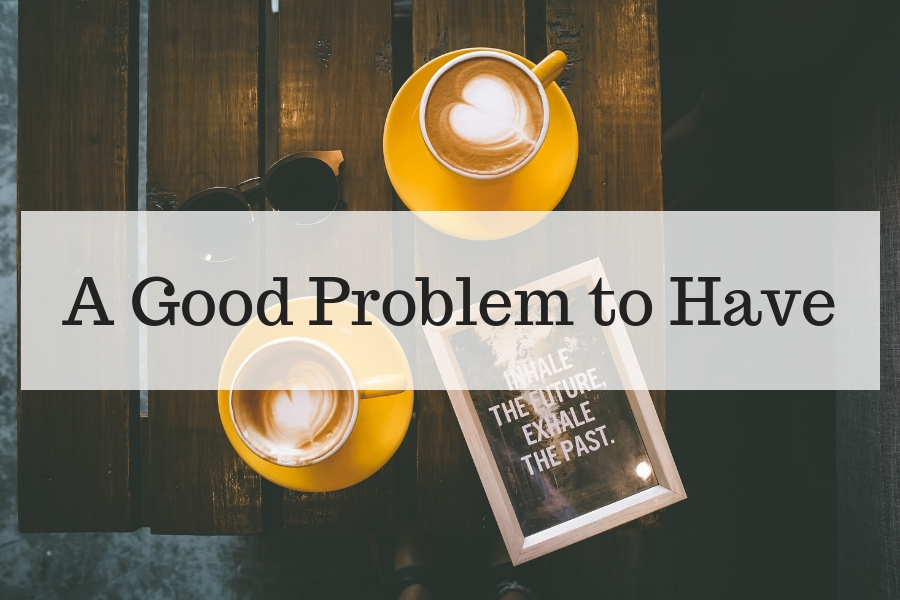 I was walking with both of my boys today in Rome. There was a weather advisory which required all classes to be canceled and schools to be closed. No small deal. Because it also happened to be on the one day I had booked a tour almost a year ago with our friend, Nathaniel, to show my boys around the city.

Well, the 30 mph winds and the rains got the best of our plans with Nathaniel, but we ventured out — just my boys and me in an open window when the gale force winds and sheets of rain had paused.

Or so we thought. 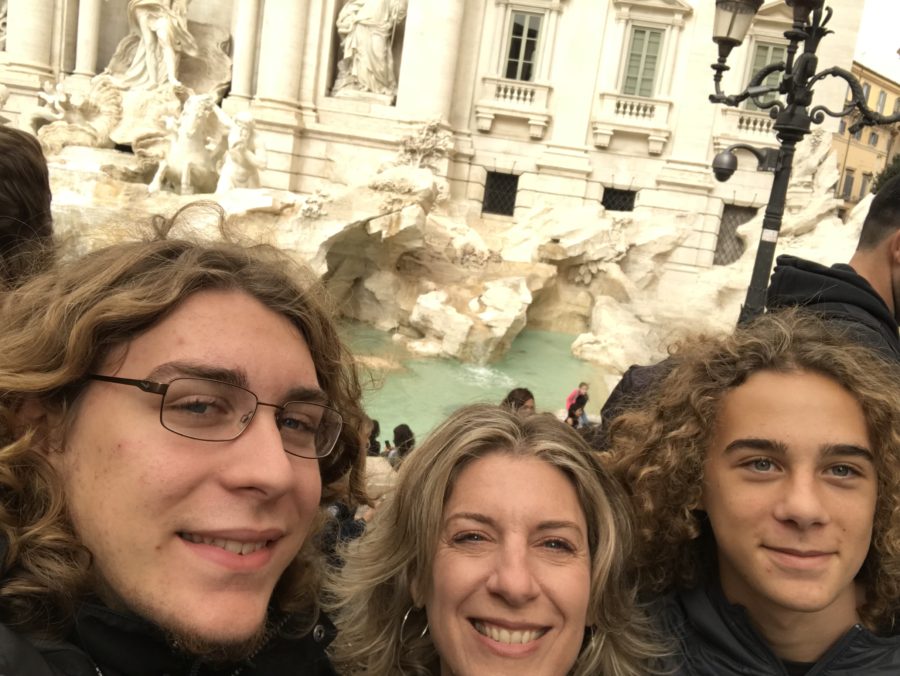 We ran and slipped, found the Trevi fountain and gluten-free pizza and got lost several times between the metro, buses, gps, and the gusts of wind that surprised us and rain that ended up drenching us.

The part I failed to mention was that I was accidentally glutened the night before and trips to the bathroom were at a maximum and sleep was at a minimum so, my stomach was playing that touch-and-go game most of the time we were out. (Don’t look too closely at my eyes. I have about 14 bags under each one which is one of the many attractive side-effects of me being glutinized unexpectedly.)

By the time we actually boarded the last subway car, I thanked the boys for the hundredth time, “Thanks guys for your patience and being okay with so many twists and turns today.”

My 16 year-old said, “Thank YOU” and I said, “For what?” And he answered, “I don’t know but just thank you, beautiful Momma…” And he leaned his tired head onto mine. Caleb had been manning the map app the whole time and did a (mostly) fabulous job even though a few wrong turns threatened to get the best of us.

My 14 year-old took my hand, which he had been doing the whole while we’d been out so I wouldn’t slip on the wet cobblestone, “I didn’t even think of it as a problem, Mom. The wind… The rain… The getting lost… It is what it is.” I smiled at him and asked how he could see it that way and he told me, “Well, it’s all about perspective. I mean, I’m here in Italy, right? And out with you guys, right? So, what is there to complain about?” 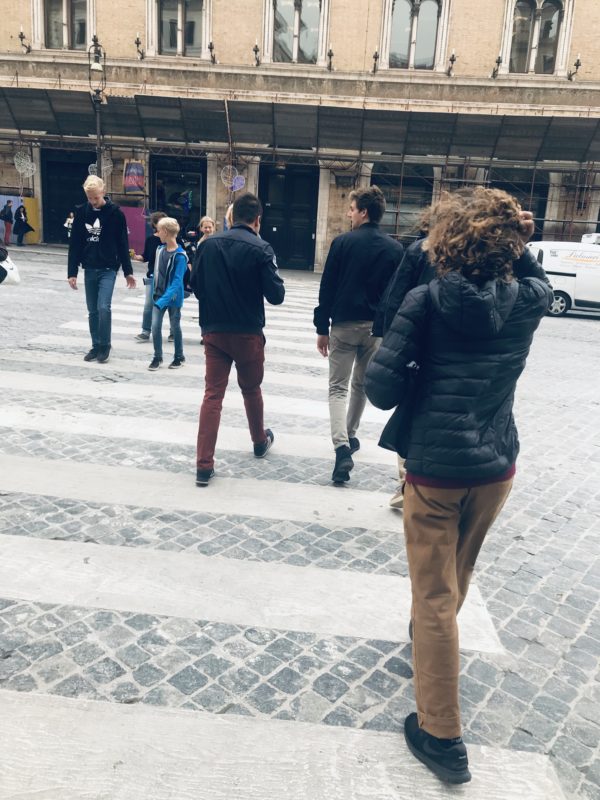 I wanted to kiss both of them right then and there — and pretty much did — because I was so blown away by them understanding something that many grown-ups, let alone kids, tend to forget:

We have ‘good’ problems.

Problems like getting lost in Italy.
Having to decide which music classes to send our kid to.
Which pair of sneakers to buy for the basketball league.
Whether to go to Whole Foods to buy the organic vegetables for the smoothies or wait for Saturday at the Farmer’s market.
Whether to get off the freeway and drive the coast in So Cal where it will take longer or stay on the 405 and wait in the line of cars all heading to the same Clippers game we’re going to, too.

I know it sounds silly that we would complain about any of these things and yet, we do.

About all these things and more.

I’ve had hard problems — and these are not any of them.

I’ve dealt with health issues that sent me reeling:

Marriage issues that sidelined my trust.
Helping my kids work through bullying issues that devastated my joy.

Financial issues, during health crises that had me standing in food lines with a hungry kid in each arm.

And here’s what I know about them:

We’re usually spending so much time trying to fix, heal, and grow through them that there’s little time to actually complain about them.

Complaining can be a sign of luxury. That we have the time to complain might be because what we’re going through falls into a “good problem” category.

It’s something worth pausing to consider:

Is what I’m complaining about a ‘good problem’ and am I complaining because I have the luxury to do so?

Now, please hear me: Complaints and whining are NOT the same thing. Whining is a chronic expression of what’s wrong and no personal commitment to do anything about it except whine some more. And complaints can be powerful when we point them in a good direction.

Remember how the stores used to have a Complaint Department?

You’d walk up and tell the person sitting behind the counter that the thing you bought didn’t work or didn’t do what it promised. It was a place to get help and address something that needed to be fixed.

And then, they’d help you solve the problem for the thing you were complaining about.

I truly believe that when we voice a frustration, that we can be open to input from others — which would include hearing wisdom, advice, solutions, and having a breakthrough moment to be on the other side of the situation.

And my coaching clients do it all the time: Bring a complaint forward in a session about a situation they’re in and then, we have the most freaking amazing time, while they’re being empowered to see what they can do about it.

It’s important to voice our circumstances — with an intention to be on the other side.

And not the victim to it.

There is a huge difference.

The way that we can identify it is this: when our complaint becomes a habit, we hear our voice saying the same things over or always finding something to complain about, no matter what. We just get into this space with our words where we get chronically nitpick-y and waah-y. That’s the inner victim coming out.

When we’re in that state, complaining can be a signpost that we need to take more action in our life.

Our friends, Miriam and Steve, are hosting us at their fabulous place in Rome. We met them 8 years ago at an Italian community in Southern California. They had a dream to live in Italy and now they do! They also now get to have the real-life situations with the bureaucracy, long lines, slow turn-around times, and other headaches that we don’t think about when we’re visiting for a week in Italy. You know what they say to each other (instead of complaining)  when the daily grind wants to make them weary?

What a great attitude to have!

Just like my boys today in the wind and rain.

The could have complained but they didn’t. They were able to see that the fatigue and frustration was really from having a good problem, with a side of gelato.

What ‘good problems’ do you have in your life?

Make a list in that groovy, little journal that you’ve wanted to start writing in.

Or maybe you can just look at yourself in the mirror, smile and say, “E l’avventura!”