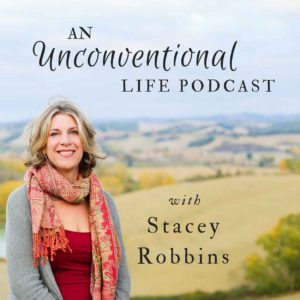 In this episode I interview David Trotter: filmmaker, author and marketing strategist who is passionate about telling inspiring stories and creating resources that motivate people to take positive action. He’s an award winning filmmaker who has produced and directed three feature length documentaries including Mother India, In Plain Sight, and Set Free Posse. His first scripted feature film The Road to Edmond will be released in late 2018. He lives in Orange county with his amazing wife Laura and their two great teenage kids. 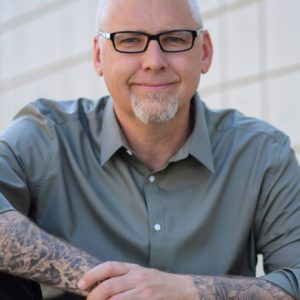 “Just wanted to give you the 411 on my very first podcast. David Trotter and I went deep pretty fast, diving into spiritual philosophies and religious backgrounds. Even though this isn’t a religious podcast show, it will address spirituality and we’re definitely going to chat with people from many different belief systems.It was a great conversation where our topics ranged from his conservative Christian background, to doing a film on LGBTQ subject matter, and then, we lightened it up for a bit before we dove into the topic of gun control. I think it was a really great first show and I’m so glad to share this deep dive with you. Ready? Here we go…” Stacey

“This show is based on my book An Unconventional Life: Where Messes and Magic Collide. It’s a collection of 21 chapters of the unique ways we’ve lived and traveled, and the crazy things we’ve done, to the wisdoms we’ve found in the mundane. Where we’ve crashed and burned hard and the creative ways we’ve risen from the ashes

This show is all about talking with extraordinary souls who look at life through a different lens. Influencers and shapeshifters. People who not only see things differently but say it through their art of living. My heart in this is that when we hear from people who look at life differently it adds to our vocabulary, our toolbox, our options, on how we can see things, say things, do things, and live our lives.” Stacey

“Filmmaker, author and marketing strategist who is passionate about telling inspiring stories and creating resources that motivate people to take positive action. He’s an award winning filmmaker who has produced and directed three feature length documentaries including Mother India, In Plain Sight, and  Set Free Posse. His first scripted feature film The Road to Edmond will be released in late 2018. He lives in Orange county with his amazing wife Laura and their two great teenage kids.” Stacey

“I started sensing a calling into ministry and became a pastor in full time ministry for over 10 years.” Dave

15:38 The biggest issue for me. Homosexuality.

“How I felt at the time was that anything different than a marriage between a man and a woman is less than God’s best, which is what I would articulate. My heart would sink. I knew the relationship would be cut off and there would be no further dialogue.” Dave

“Being out of ministry for 10 years has given me the opportunity to have dialogue and conversation with people who are in same sex relationships, people wrestling with theological issues, spirituality and faith in general. As I had more space it allowed me to question things. As I have been exposed to other ways of seeing the bible, other ways of seeing God – it has allowed me to then take the step to say these are key issues, and I would love to create a film that asks those questions in a way that is humorous, pushes the envelope, and would ultimately cause some controversy that would result in conversation. This becomes The Road To Edmond.” Dave

19:30 – More thoughts on Christianity as a former pastor, and Dave’s progressive film The Road To Edmond

“The point that you’re rewarded for a thought that you have is the point that it’s tempting to stop growing. When you have a life that’s supported by a certain philosophy, you’re sort of motivated to not grow past that thought. That’s why I always admire people who are willing to say ‘gosh there was a reward here and I could have stopped at that point because I had a big audience or a bigger paycheck at that thought. A sense of community and acceptance at that thought. But I’m willing to let all of that go, I’m willing to risk all of that for this thing that’s inside of me that’s pulsing so strong, or the conflict inside me that’s so strong that I have to wrestle with even if it means my philosophy changes.” Stacey

“I reached a point where I was like you know what? I just want to love people. I don’t want to leave anybody out. I don’t want to spend my energy trying to save people when I really don’t see them as broken. I see all of us as made from a God of Love and Love made us so we are Love.”

“The breakdown really isn’t that were broken and need to be fixed the breakdown for me is that we are incredible and we get spiritual amnesia about that. We are this beautiful light but sometimes we don’t recognize that within us.” Stacey

“The Road to Edmond is a spiritual act, it is a spiritual process, and a spiritual gift that I’m trying to give to the world. The heart that’s embedded in this film is a heart of genuine questioning that’s not meant to tear down but meant to create an environment of safety in the midst of the laughter.” Dave

34:58 – On asking questions and moving beyond to find your tribe

“I think the hardest part for the people who are asking questions is the possible loss of community and firm ground.” Dave

“I felt like I was coming out of the christian closet, and I’m coming out as a human. Who loves people, and loves God, and the price tag was community.” Stacey

“The two biggest issues that are addressed in this film –  are the two big issues in our world today which are: LGBTQ and ultimately who’s in and who’s out in terms of Heaven and hell.” Dave

45:02 Getting through the grind + Coming back to ‘The Why’ + success strategies for time production + EA

1:00:56 Tapping the humanitarian in Dave: his two hot button issue and what we can do to move the world forward in a healing way.

1:03:45 – Stance on Gun control and boundaries in crossing lines

1:08:27 – Wisdom we can glean from recognizing there are no guarantees that we have the day, learning to embrace the moment

There is a richness that comes with the mortality and a wisdom – and wanting to take care of issues like violence, but at the same time knowing that it’s an illusion if I think I can control all of that..” Dave

1:11:48 The Concept of living The Unconventional Life

“ There is something so powerful when I came to the conclusion that I could do whatever I wanted in life. And you remind me that on a daily basis. I can go where I want to go. I can do whatever kind of work I want to do.” Dave

“Some people would say the reason I can do this is because of my own privilege. Because of the education that I’ve had, the color of my skin, the country that I live in. Some people don’t have this same freedom. But I think that so many of us live with cultural restraints that we just assume hold us back. You can live however you want to live, and that’s the beauty of an Unconventional Life.” Dave

“You can find a way to make a living

You can raise kids in all kinds of different ways

You can travel in different ways

You can create different things

I can create a book

I can create a film

“Part of what came from my religious construct were two messages that were in opposition to each other. One was that there’s one right way to live and believe. The other one is that anything is possible.

You know, I don’t know how good my aim is at hitting the center of that target every day in every thought in every way. So when my brain opened up to: there are so many great ways to be a wife, so many great ways to be a mom to, teach your kids,  to still have our own spirituality that makes you a peaceful happy person, when I realized that… I think this lives inside of us, you know, in that same way the whole oak tree lives inside of the acorn- everything it needs lives inside of that except for the environment it’s going to grow in and the elements. That was inside of me. That’s inside of you. I believe that’s inside of everybody. To find their way to live their happiest, healthiest, most peaceful life. I believe that.” Stacey

“It’s about taking the healthiest parts of your psychology and anything that’s possible and you’re building your life on that.” Stacey

“One of the biggest problems I found in conservative Christianity is: What is God’s will for my life?” Dave